What does it mean to be Black? Is it about overcoming racism and insecurity? The culture of the oppressed? What defines who we are: the life we lead today, or our origins? KVS face and director Pitcho Womba Konga immerses you in a bath of questions, together with his talented, multidisciplinary cast. Take a deep dive into the universe of Fire Will Become Ashes, But Not Now – a hybrid of music, slam, beatbox, dance and theatre – and see tomorrow through new eyes.
The Fire Next Time, a pamphlet by James Baldwin, was published in the US in 1963. The text is a clear warning for the consequences of the racism and segregation that run rife in America at the time. In that same year, Martin Luther King pronounces his famous words “I have a dream” and Malcolm X pleads for racial separation between Black and white. On the African continent, the battles for independence take a slow start and in South Africa Nelson Mandela sits in the dock during the Rivonia trial. Around the world, freedom fighters bear the torch of hope for a better world for the Black community.

But what does it mean to be Black? Is it about overcoming racism and insecurity? The culture of the oppressed? Today we are sometimes told that the essence of who we are relates more to the time we live in than to our origins, and that interpersonal differences are mostly down to social identity. But is that really the case? Between 1963 and now, James Baldwin’s warning has proven true multiple times – also outside of the US.

Invisible in one sense, constantly watched in another, that’s how a large part of our population lives. Let us all face race, because the ‘monster’ is alive and well, both within our institutions and within ourselves. Enacting change and fighting battles is not just the responsibility of those who suffer from racism, it’s the responsibility of society as a whole. Like Baldwin, Pitcho Womba Konga believes that shared resilience between black and white is the only way forward. We can only create that resilience if we can find the power and courage to face this monster together, to accept what it says about us, and to expose and especially question the suffering, the indifference, and the guilt it entails.

The fire will undoubtedly become ashes when our world is doused with love, but we have a long way to go …

'One day, to everyone's astonishment, someone drops a match in the powder keg and everything blows up. All the tears that were cried and the blood that was shed by collateral victims, who were used to make a society into a powerful state, have changed into fuel. And one match suffices.'

James Baldwin
Take a deep dive into the universe of Fire Will Become Ashes, But Not Now – a hybrid of music, slam, beatbox, dance and theatre – and see tomorrow through new eyes. 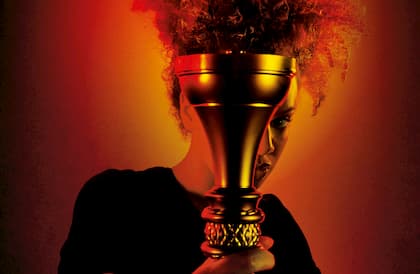 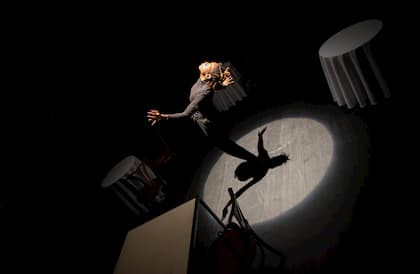 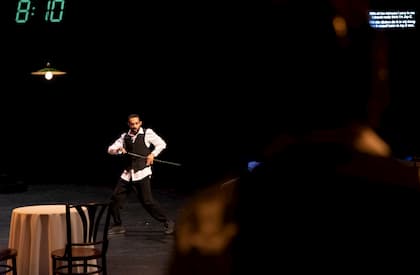 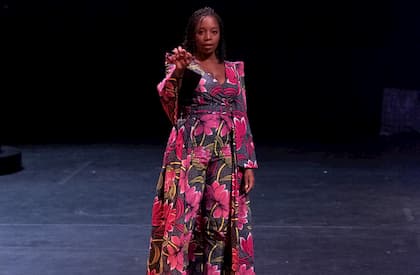 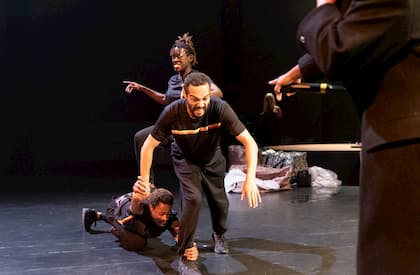 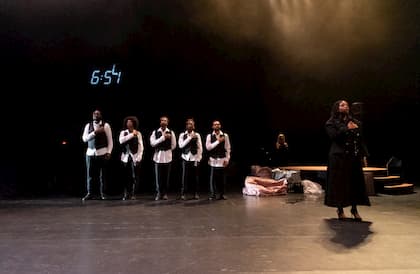 In French, English, Yoruba. Surtitled in Dutch, French and English. 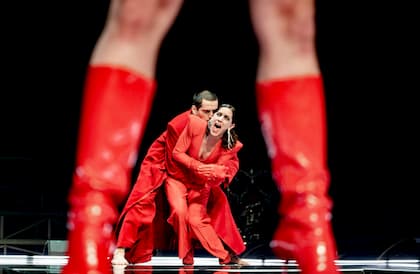 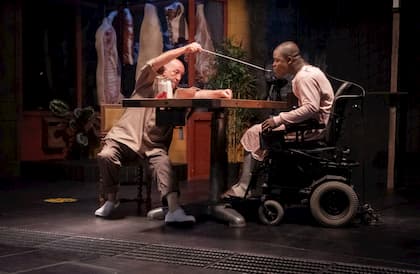