The hidden force will be created in the Ruhrtriënnale mid-September and will be performed in Amsterdam as of 1 October. During the next two years, Ivo van Hove will be bringing two other novels by Couperus to the stage.

1900, Java. Otto van Oudijck governs his province with vigour. He sees himself as the representative of a superior European culture. He lives for his work. For the colony, which he wants to bring to a higher level. He is oblivious to the fact that his wife is having affairs with other men. But when Van Oudijck dismisses a local regent for misconduct, mysterious things start to happen in his house and around him.

The hidden force (De stille kracht) is a visionary novel that places western culture opposite eastern culture as being irreconcilable. The powerful Dutch colonizer is unable to deal with the hidden force that is present in the background and is slowly causing damage. The Western man dominates and controls, but turns out to be unable to get to the core of the East and conquer the culture of the Indies. What is left is a powerless western man in the Indian forest.

The hidden force is not only one of the great masterpieces of Dutch literature, it is a world-class book with which Couperus proves he can effortlessly stand next to great contemporaries such as Emile Zola and Marcel Proust.

Bookable at Toneelhuis only with a subscription to a Toneelhuis & deSingel season ticket. 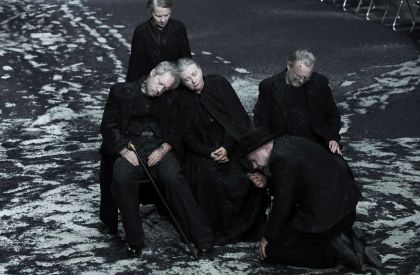