In the context of TRACK Verdonck continues his research into the strength and function of theatricality in the public space.

He appears in Vogelenzang Park, a hidden piece of Ghent on the Blaisantvest, with some social housing and a clubhouse where local senior citizens come together to play cards or shuffleboard. In a large leafy tree Verdonck realised a faithful replica of one of the bungalows in the park, a typical piece of architecture from the fifties. The replica is too small to be accessed as a tree house, but does fill the spectator with a desire to withdraw to a place where he or she feels free and can reflect.

Not far from the Vogelenzang Park, in the Maria Goretti Church, we can see Benjamin Verdonck’s second contribution. Verdonck has already developed his own alphabet – he links the letters to brand names in the supermarket: the ‘a’ is a carton of Alpro and ‘b’ is the packaging of Bifi sausages. Together with the older children at the Mosaic School he brainstormed about which letter they associate with which brand. With this exercise he playfully and rebelliously confronts them with the power of the capitalist model. From this school context Verdonck developed an installation that represents the ‘first’ sentence in Old Dutch. All the letters in ‘olla Hebban vogala nestas [...]’ (11th century) are represented by way of the typical mass products in his alphabet, which he crafts from various materials. With this work he refers to the schoolchildren who are busy assimilating the Dutch language. But it also refers to the secular and regular worlds that encounter one another around the school and church. ‘Olla Hebban vogala nestas [...]’ (‘All the birds have started to build their nests, except me and you. What are we waiting for?’) can be interpreted both as a love poem and as a religious metaphor. This project was realised in association with the KVS and Toneelhuis. 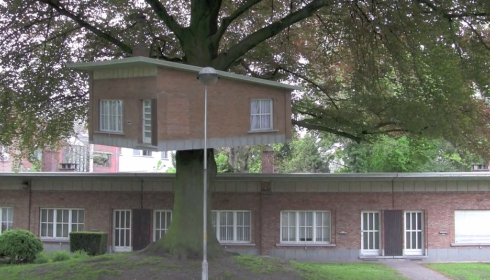 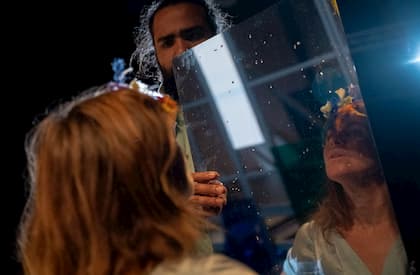 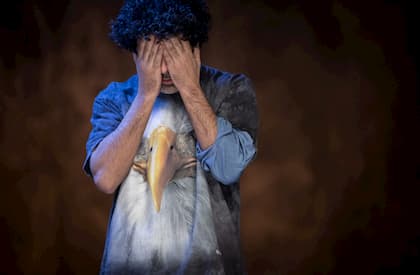