Guy Cassiers with Grensgeval (Borderline) and Le sec et l'humide (The Dry and the Wet) in the 71st Festival d'Avignon!

The 71st Festival d’Avignon runs from 6 to 26 July 2017. Guy Cassiers has been invited to present no less than two shows: Grensgeval (Borderline) and Le sec et l'humide (The Dry and the Wet).

Nobel prize-winner Elfriede Jelinek wrote her play Die Schutzbefohlenen in 2013 as a reaction to the evermore harrowing refugee problem in Europe. A prophetic text on migration. Guy Cassiers is making his show with four actors and with dance students from the Royal Conservatoire Antwerp. The French choreographer Maud Le Pladec is responsible for the choreography.

Grensgeval premiered in Antwerp on 4 May 2017 and then went on tour through Flanders and the Netherlands. The show can be seen in Avignon on18-24 July 2017. In the autumn, a remake is on the programme with students from the Conservatoire national supérieur de musique et de danse de Lyon (CNSMD Lyon), and the production will continue its international tour.

Le sec et l'humide (The Dry and the Wet)

In his small-scale project Le sec et l’humide, Guy Cassiers takes a closer look at the theme he later explored in his impressive production De welwillenden (2016) after Jonathan Littell’s novel The Kindly Ones, about the extermination of the Jews by the Nazis. 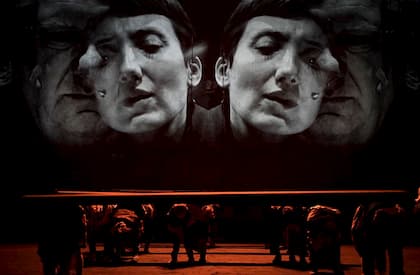 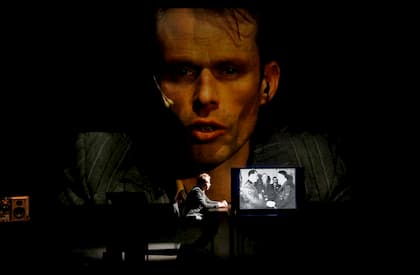