Two people meet in a room and talk for two hours. After that talk, war breaks out.

In July 1990, April Glaspie, the American ambassador in Iraq, sat down with Saddam Hussein, president of Iraq. A few days later Iraq invaded Kuwait. The reaction was not long in coming: in the Spring of 1991, a coalition led by the US invaded Iraq. The first Gulf War was a fact.

Exactly thirty years later, playwright Willem de Wolf brings together three figures in April: April Glaspie, who all these years has remained silent about the substance of her conversation with Saddam Hussein; Tariq Aziz, Iraq’s Minister of Foreign Affairs who died in prison in 2015; and a news anchor who wants to know what really was said between April Glaspie and Saddam Hussein.

April mixes historical visual material from recent decades with a surprisingly personal and intimate perspective. The show raises burningly topical questions about the troubled relationship between the Western and Arab worlds, the role of the media, and the power (or lack of power) of diplomacy and political institutions.

Katelijne Damen is in grand form as Glaspie, even speaking entire passages in Arabic. The verbal sparring match between the three characters is sometimes so fast and so full of food for thought that it makes you want to read the play after the show is over (which is possible, there’s a book for sale).

"Corona had almost made us forget what a class act Katelijne Damen is. In a setting decorated with stylish Scandinavian furniture, she brings Glaspie back to life with tremendous verve. Along with her, Sabri Saad El Hamus also impresses as the Iraqi Minister of Foreign Affairs."

"A clever period piece for reflecting on events that took place 30 years ago."

"Instead of having a title like ‘A Discussion about…’ this dialogue piece dealing with issues takes the main character’s first name as its title. ’ For underneath all the clever, rational, eloquent, sparkling repartee (what a script by Willem de Wolf!), there is the inner conflict of the protagonist. The character April is struggling with herself. As a diplomat, she has taken an oath of secrecy. She represents the United States, its president, its parties, its economic and political interests. Yet she may say nothing of substance about her diplomatic brief. In his play, De Wolf weaves April’s having to remain silent while simultaneously having to represent (= defend) the United States into a dramatic conflict that rages within her. These dilemmas are what turns April into a character from a Greek tragedy." 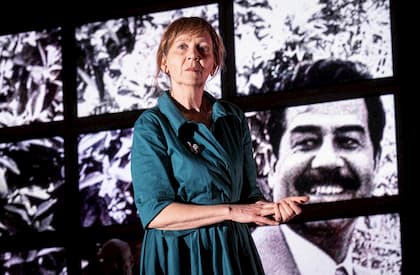 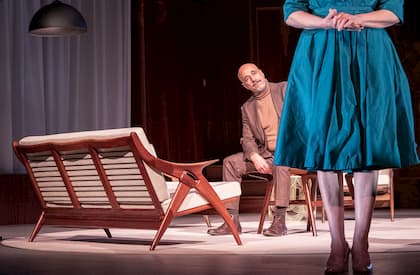 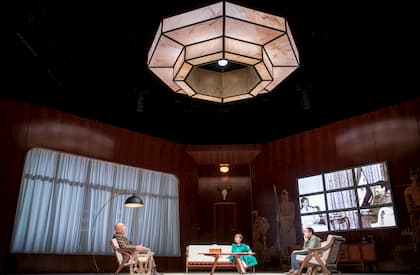 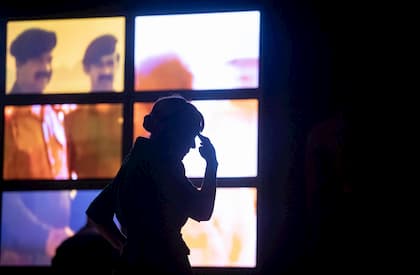 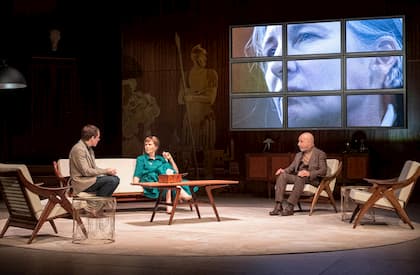 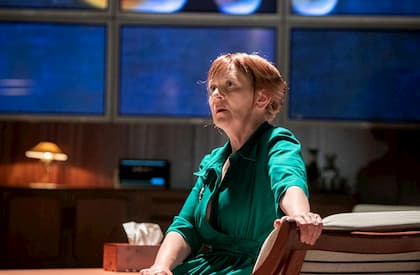 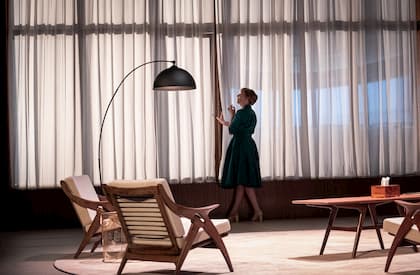 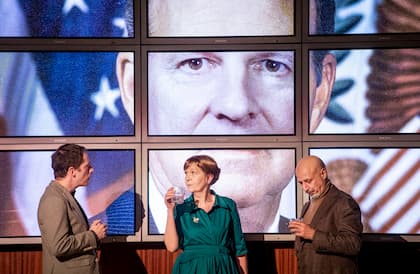 There are stroboscopic effects. 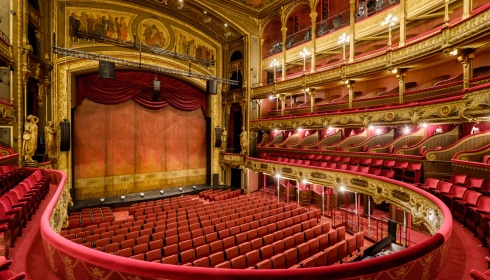 We Are Ready and Waiting in the Wings

This is one of those plays that you immediately know: this is why I love the theatre. From the first second it grabs you by the neck and doesn’t let its grip go until it leaves you dazzled, bewildered and energised 90 minutes later. And Katelijne Damen, well, what can I say if words cannot describe sheer perfectionism? I’m not even going to give it a try.

This is one of those plays that you immediately know: this is why I love the theatre. From the first second it grabs you by the neck and doesn’t let its grip go until it leaves you dazzled, bewildered and energised 90 minutes later. And Katelijne Damen, well, what can I say if words cannot describe sheer perfectionism? I’m not even going to give it a try. 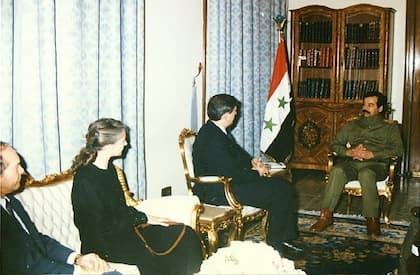