I am going to be performing in Antwerp for an entire year.
I've spent a long time thinking up,
making, collecting and packing
things that are small and manageable,
stuff that I can easily take with me
and show to people, no matter where.

now I want to go on an exploratory journey with these things, an adventure.
I want to meet people, bring my work to them, tell stories
and then tell them stories about the stories I've told.

I have the suspicion that all of the cities
in which I usually show my work,  the whole circuit,
can be found in this city.
an exercise in not giving in to the idea
that you have to be everywhere simply and purely
because you can be everywhere.
developing a knack for accidentally
having useful encounters and making discoveries.
a licence to be free, perhaps,

continually moving between
studio and city, city and theatre, theatre and studio.

With Wereldtournee in Antwerpen (World Tour in Antwerp) Benjamin Verdonck is taking another step in his exploration of fluid forms of theatre that evade the tension between making and showing, between local and international.

"The other project was a scheme for abolishing all words whatsoever (...)
Since words are only names for things, it would be more convenient for all man to carry about them such things as were necessary to express a particular business they are to discourse on. For short conversations a man may carry implements in his pockets and under his arms enough to supply him." - Jonathan Swift, Gulliver's Travels

Benjamin Verdonck goes on a world tour with his work in Antwerp. A continual movement between studio and city, city and theatre, theatre and studio. 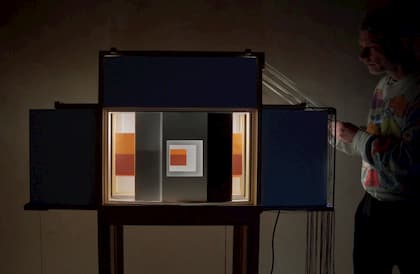 News about ‘Wereldtournee in Antwerpen’ 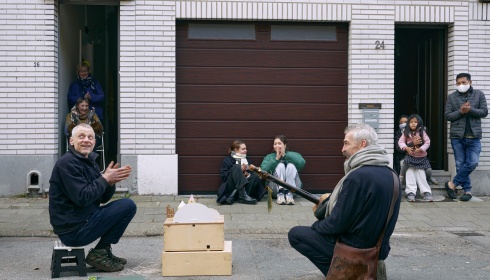 Poking a Hole in Reality

Benjamin Verdonck is on the road, and he’s got boxes full of possibilities with him.